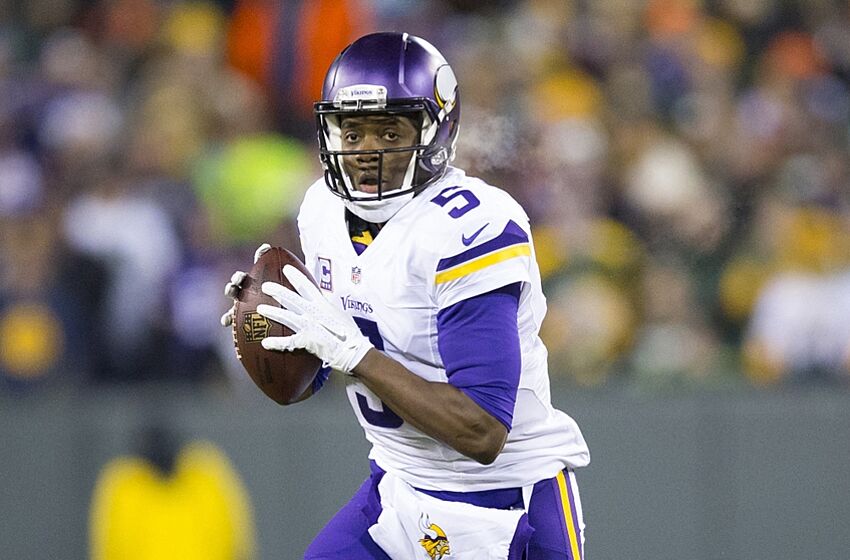 Major news is developing within the Minnesota Vikings organization, as starting quarterback Teddy Bridgewater reportedly went down with a knee injury.

Reports from the scene say Bridgewater went down with a non-contact injury to his left knee during practice. Players gathered around him as his leg was immobilized, and practice was ended early.

Bridgewater has been the Minnesota Vikings starting quarterback in Minnesota for the majority of his short career. The Vikings traded back into the first round of the 2014 NFL Draft to select Bridgewater with the 32nd overall pick out of Louisville.

In his rookie campaign, the dual-threat Bridgewater started 12 games and made one appearance in relief of Matt Cassel.

Bridgewater earned his first Pro Bowl selection last season after throwing for over 3,200 yards and 14 touchdowns. He helped lead the Vikings to a NFC North Championship after winning 11 games.

The team ultimately lost in the Wild Card game after an errant kick by Blair Walsh against the Seattle Seahawks sent them home early.

Should Bridgewater’s injury be as serious as it sounds, Christian Ponder is the back-up quarterback for the Vikings. Minnesota could take a look at Mark Sanchez or Aaron Murray, who are both reportedly on the trade block of their respective teams.

Next: Will Beatty Returning to the Giants