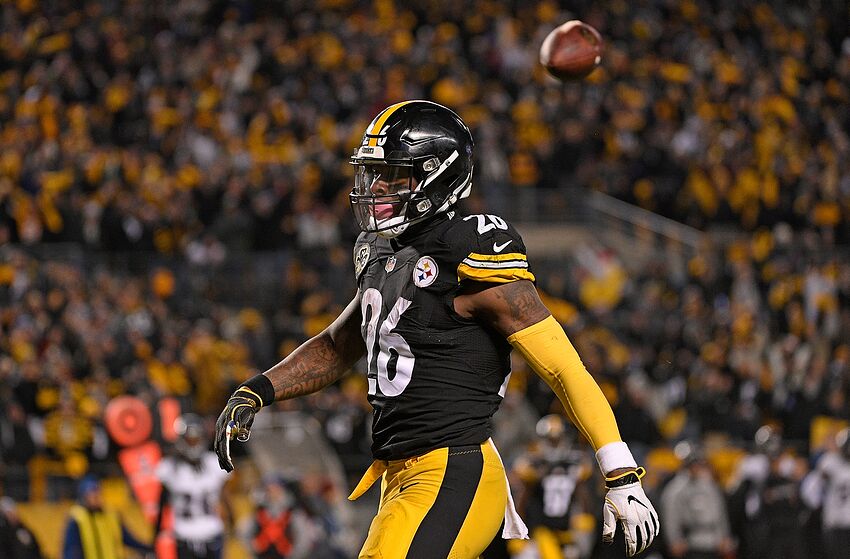 PITTSBURGH, PA - DECEMBER 10: Le'Veon Bell #26 of the Pittsburgh Steelers reacts after a 20 yard touchdown reception in the first quarter during the game against the Baltimore Ravens at Heinz Field on December 10, 2017 in Pittsburgh, Pennsylvania. (Photo by Justin Berl/Getty Images)

Le’Veon Bell released a video to his Twitter page including a number of teams around the league. Are these the top teams he’s considering?

We know the Pittsburgh Steelers aren’t re-signing him, so that makes 31 other teams in the NFL a possibility for Le’Veon Bell as he approaches unrestricted free agency.

Bell released a video on his Twitter page involving a couple of prominent teams around the league with a combination of cap space and need for a running back.

Could those teams be the ‘finalists’ for his services? One can only speculate.

so where do I go? 👀 pic.twitter.com/XiwEh5zdFm

Here are all of the teams/players included in Bell’s free agency hype video.

The Browns have zero need for a running back, so this one is barely worth the time it takes to write this. Jarvis Landry may be on to something though with Antonio Brown, as he could really help Cleveland. The chances of the Steelers getting the Browns to trade him to Cleveland are slim to none.

This one would make a lot of sense. The Colts have more cap space than any team in the NFL, and though they have Marlon Mack and Nyheim Hines on the roster, Bell would be a massive upgrade.

Especially with the way Andrew Luck played this past year, and the improvement of the Colts’ offensive line, adding Bell would make the Colts even more serious Super Bowl contenders.

One of the ideas gaining some traction in recent weeks is the idea that Bell would go pair up with Lamar Jackson in Baltimore. The Ravens have some familiarity with Bell having played against him twice a year since he came into the league, and he would be an ideal back to pair with Lamar Jackson.

As a matter of fact, Bell might touch the ball just about every play if he were to go to Baltimore. He would be Jackson’s best friend.

After the trade of Joe Flacco, the Ravens are armed with nearly $50 million in cap space.

Le’Veon Bell wasn’t high on the idea of playing for the Jets before, but the Jets have money and probably would love to pair Bell with their young quarterback Sam Darnold.

The Jets need offensive weapons to surround Darnold, and Bell is the best weapon on this year’s free agent market.

Next: 3 teams that could trade for Antonio Brown

Three of these four teams make a lot of sense as ‘finalists’ for Bell, though some team could come in through free agency and blow him away with an offer. This is a deal that makes so much sense for a team like the Colts which inexplicably has $100 million in cap space. They can afford to get a little crazy and it’s high time they put the right pieces around Andrew Luck.